At the height of production 1200 to 1500 quarts of malt were produced a year and 300 barrels of beer per week. There were spacious growing floors and a good sized reservoir at the rear of the building to provide water for the boiler. A familiar entry in the carnival procession used to be the Brewery Steam (Mann) Wagon (1902 to 1911) with the registration number Y146. Beer was initially delivered to the ninety Holt pubs by horse and dray. At one time all the pubs in Burnham , except the Crown in Oxford Street, belonged to Holts. In 1895 they sold the Mason’s Arms to Joseph Braithwaite who demolished it to construct the Lifeboat Temperance Restaurant. 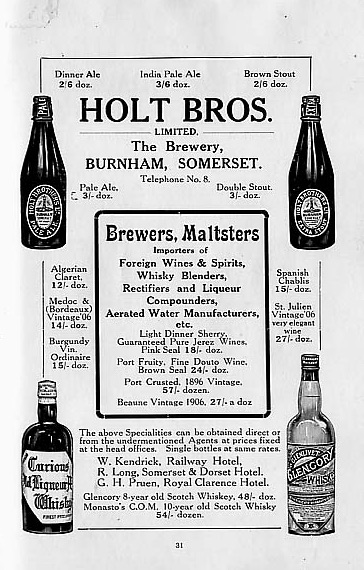 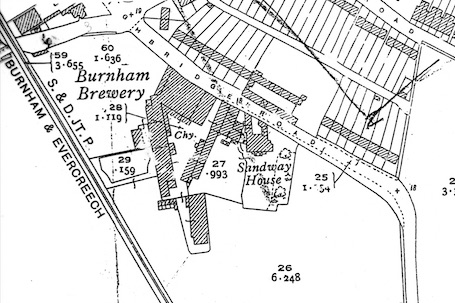 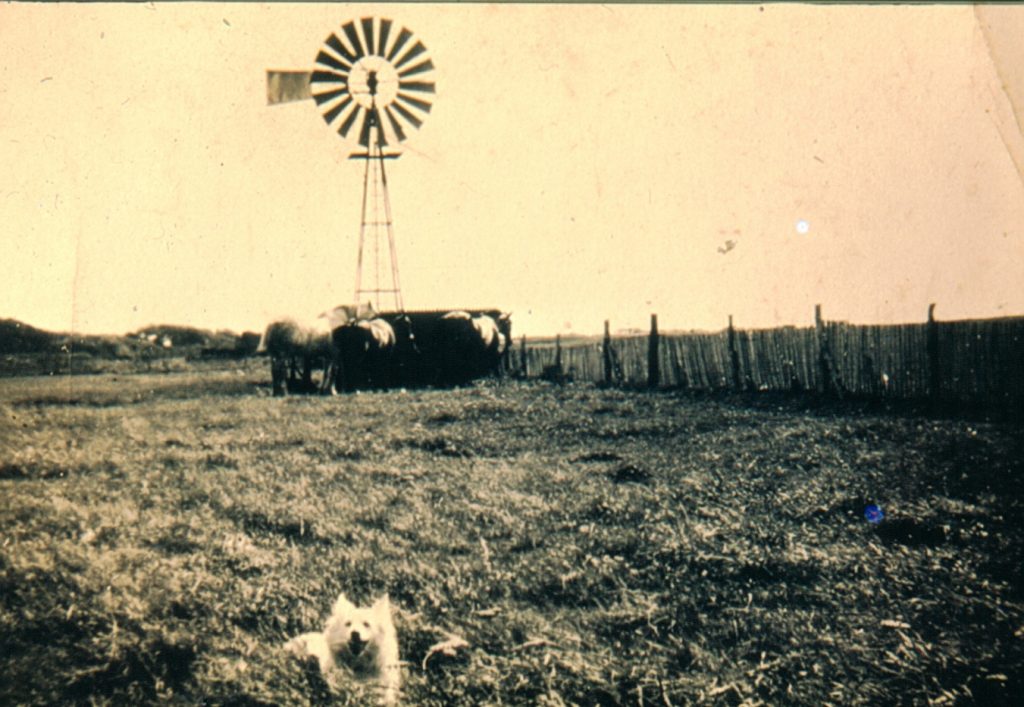 The wind pump above pumped water from the brewery’s own spring. It was on the site now occupied by Margaret Crescent, just behind South Esplanade.

Below is a photograph of the mineral water department. 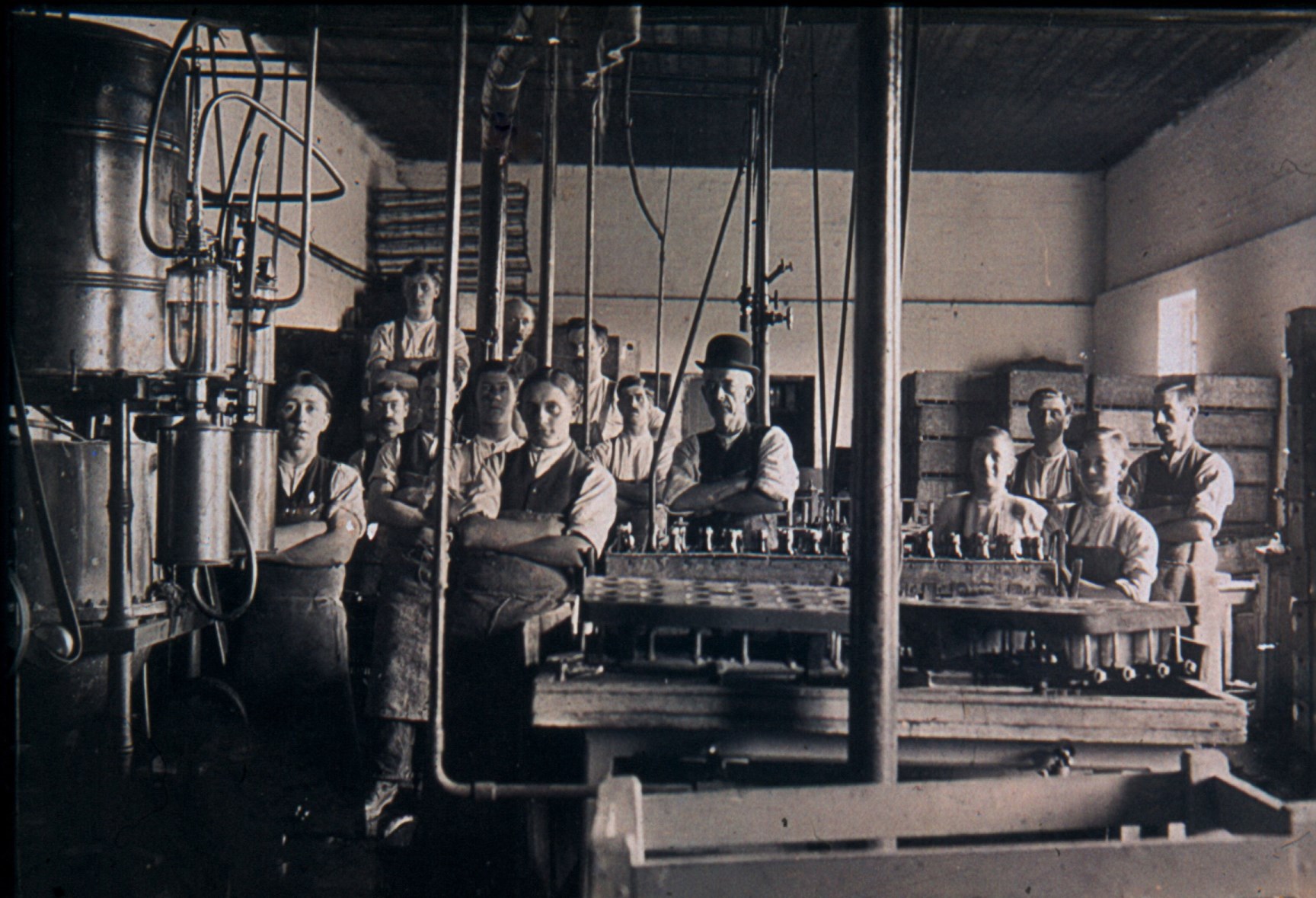 In 1957 Starkey, Knight & Ford bought the  business from Tom Holt but were themselves taken over by Whitbreads in 1962.

Following successful planning permission in 1965 the site was developed and is now where Broadhurst Gardens, and the Lighthouse Pub stand. The original Holimarine entrance road ran directly from the Highbridge Rd traversing the railway line to meet the entrance on what is now Marine drive.