The Windmill, which stood on a mound to the south east of the main Bristol Road (A38) was possibly the last post mill to work in Somerset (Rita Probert – see below). It is understood that a farmhouse and barns were also on the site which is shown in the map of 1809 below. The early spelling of ‘Edymead’ is used and the mill is shown as ‘Burnham Mill’ 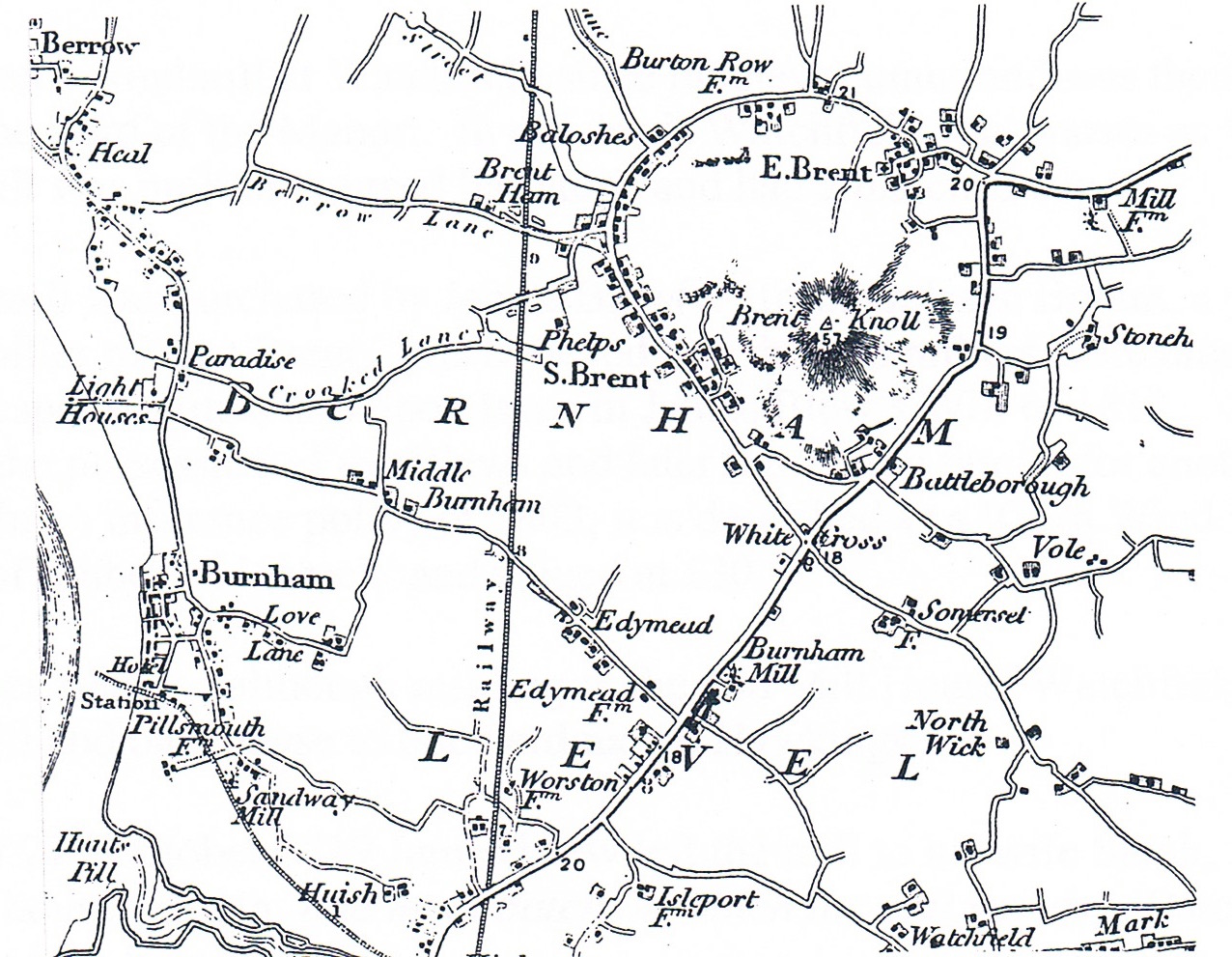 From ‘Beyond The Shadows’  a study of three local families by Rita Probert:

“There is no indication of when the mill was finally demolished or why.  A fire has been mentioned but not corroborated. What is known is that by the 1930’s all that remained were one or two large stones on top of a mound (the latter  still exists). there is evidence of a ring of stones asking the track round which the tailpipe was pushed or pulled to wind the mill.

It has been described as an open trestle post mill constructed of wood with a stone base. It appears to have been last used in the latter part of the 19th century and after it was demolished the oak post was converted into a roller for the land.

The last miller was Joseph Blew a somewhat colourful and complex character.

Despite numerous enquiries and research in the area unfortunately no photographs or prints of either mill or farmhouse can be traced. In a map c.1890 the site is marked ‘Blew’s Mill’ and farm buildings, no longer remaining, are clearly marked a short distance from the mill.

Later the area became the Edithmead Dairy and is currently a holiday caravan park. A model windmill stands on the mound and site of the original mill and the entertainments centre is called ‘The Windmill Club’. 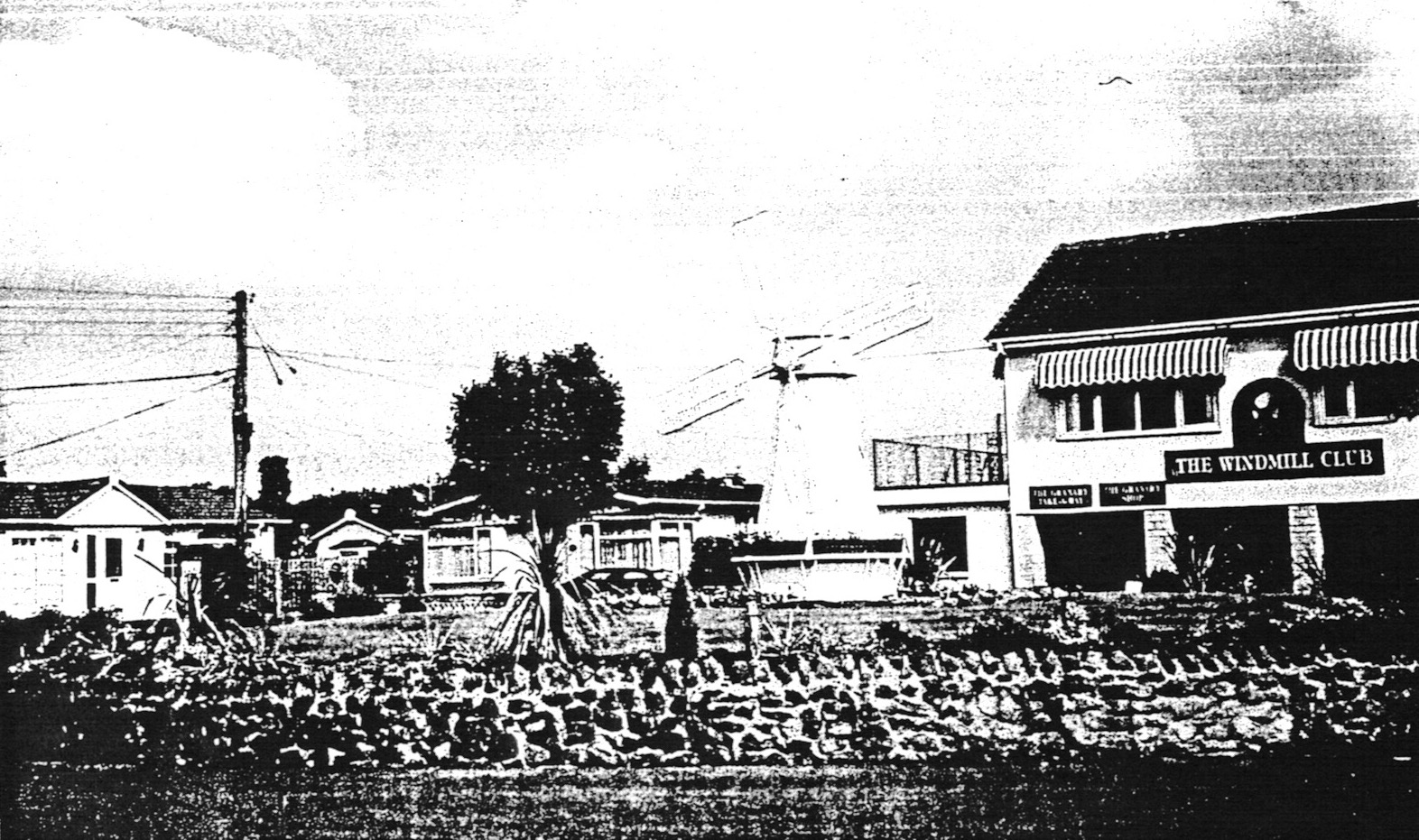 7 thoughts on “The Mill”