Lying on and  behind   the North Esplanade was once an ambitious spa resort, brainchild of the Revd.  David Davies.  Daviesville, as it was known,  comprised Steart House, the nearby Beverley Cottage, Marine House and the Round Tower buildings. The spa, probably funded by money from the sale of the Round Tower lighthouse to Trinity House, was in operation from 1833 to 1874.

Revd. Davies was curate at Burnham in the early years of the 19th century but had left to become rector of Cliddesden by the time the Daviesville development really got underway. However he continued to visit Burnham frequently. 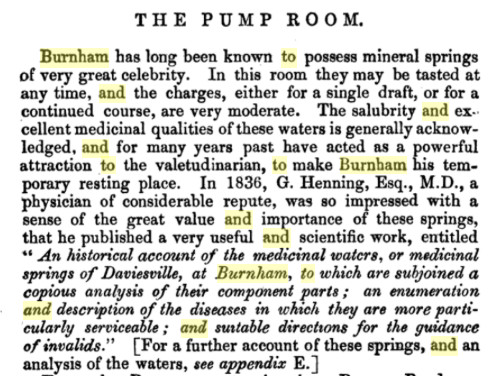 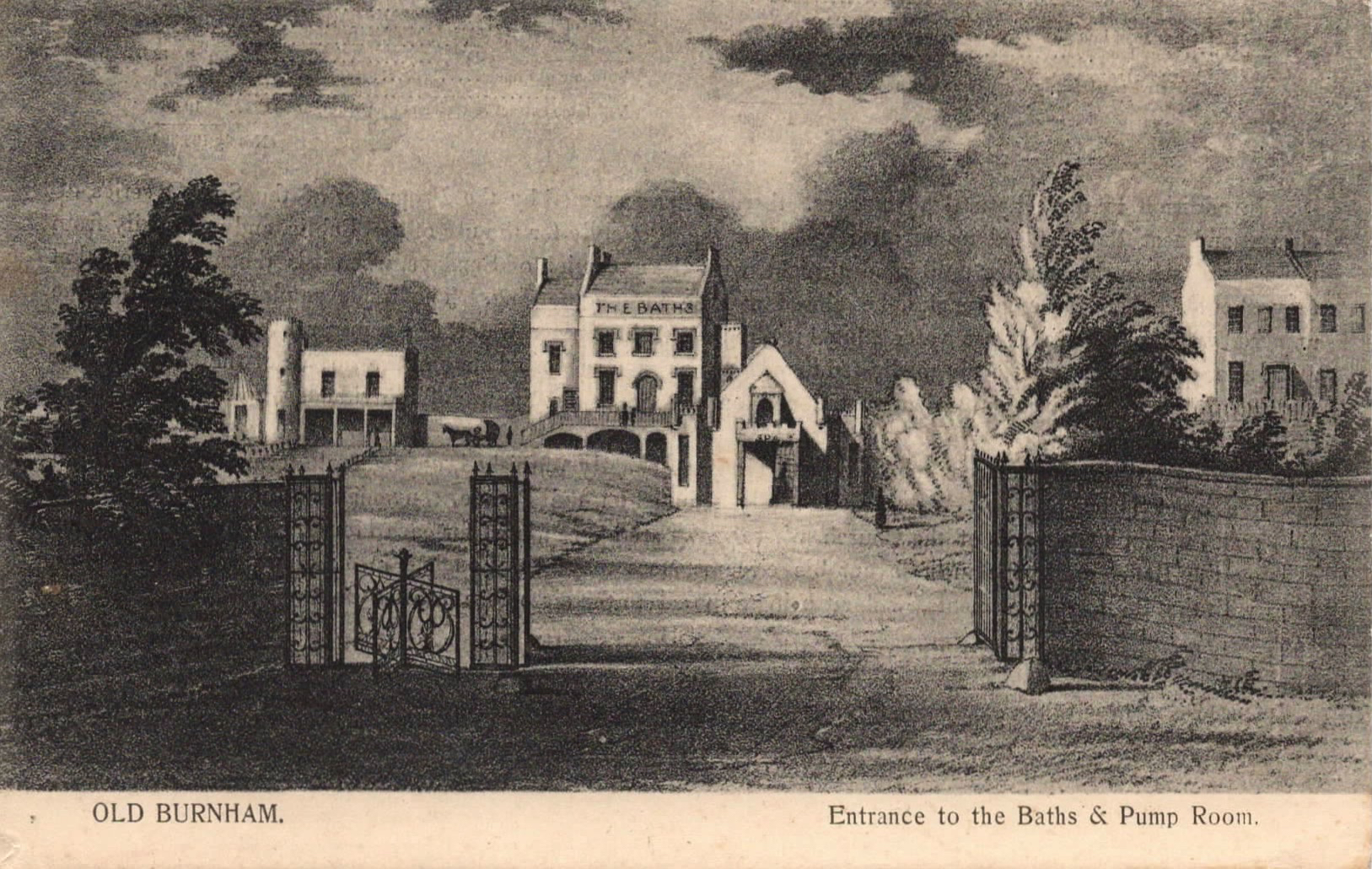 Engraving of the Spa in its heyday as seen from Berrow Road along the line of what is now Myrtle Drive. (From ‘Beyond the Shadows’ a history of three local families by Rita Probert). Before the railway came to Burnham an omnibus used to run from the Baths to Highbridge Station. Below, a later view .

The clipping below, found in the Dupuis Diaries, may be from the same source.

Nash also tells us that between the wars a suggestion was made by a local council member that the spa might be revived, but a local health official reported that the springs were contaminated. 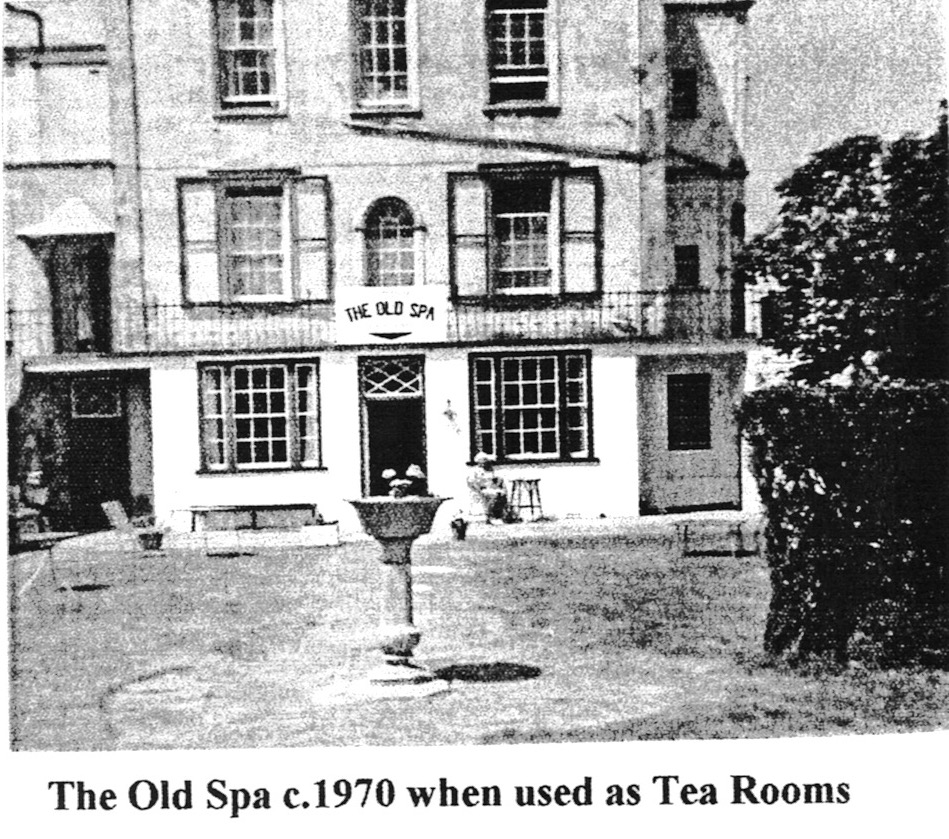 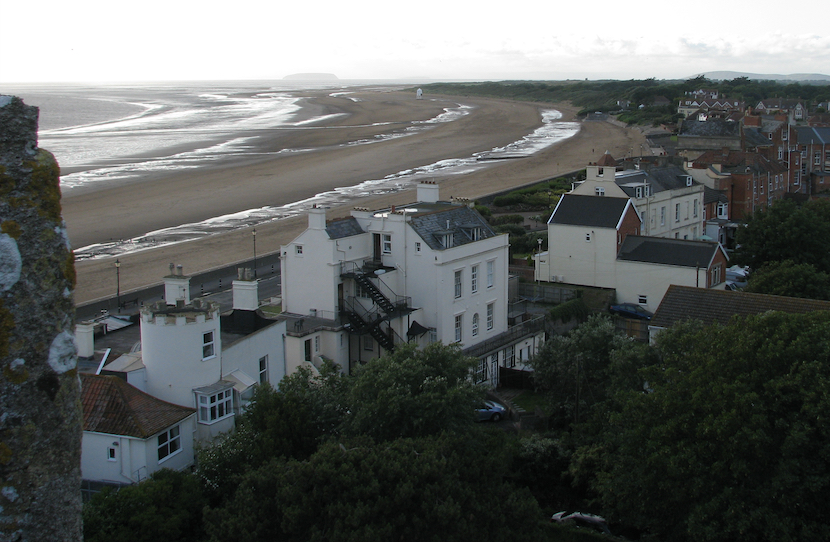